Body contouring is one of the most sought-after cosmetic procedures in the world. The innovative technology available today means there is no need to undergo painful and highly invasive liposuction surgery in order to achieve your desired weight loss goals. CoolSculpting, which uses the process of cryolipolysis, is quickly becoming one of the most popular non-invasive cosmetic treatments on the market. With the promise of fat removal of up to 50% in only three treatments, CoolSculpting can effectively target and reduce unwanted fat without the need for needles, incisions, and anesthetic, with little to no aftercare required.

The process of cryolipolysis was discovered by Dr. Dieter Manstein, and Dr. R. Rox Anderson of the Wellman Center for Photomedicine at Massachusetts General Hospital, a teaching affiliate of Harvard Medical School.
Their work was based on the “popsicle panniculitis” theory, which claims that sucking on a frozen popsicle can encourage loss of cheek fat. Their research was also based on a somewhat bizarre but documented story, about a woman who rode a horse naked in very cold weather and claimed that she had lost fat on her inner thighs as a result. The common theme in both instances was the use of extremely cold temperatures. Based on this, the doctors worked together to prove the theory that the application of extreme cold on fat tissue could, in fact, result in a reduction of fat cells. Thus, the concept of cryolipolysis was born.
Their research was able to demonstrate that subcutaneous fat cells were more sensitive and vulnerable to direct cold than other tissues such as muscle, nerves, and skin. They also discovered the exact temperature that could destroy fat cells without negatively affecting other structures. They proved their theory and their discovery at the time was named “selective cryolysis”. The research discovered that freezing fat cells caused cell injury beyond repair which caused them to eventually die. The body then works to remove the dead fat cells. 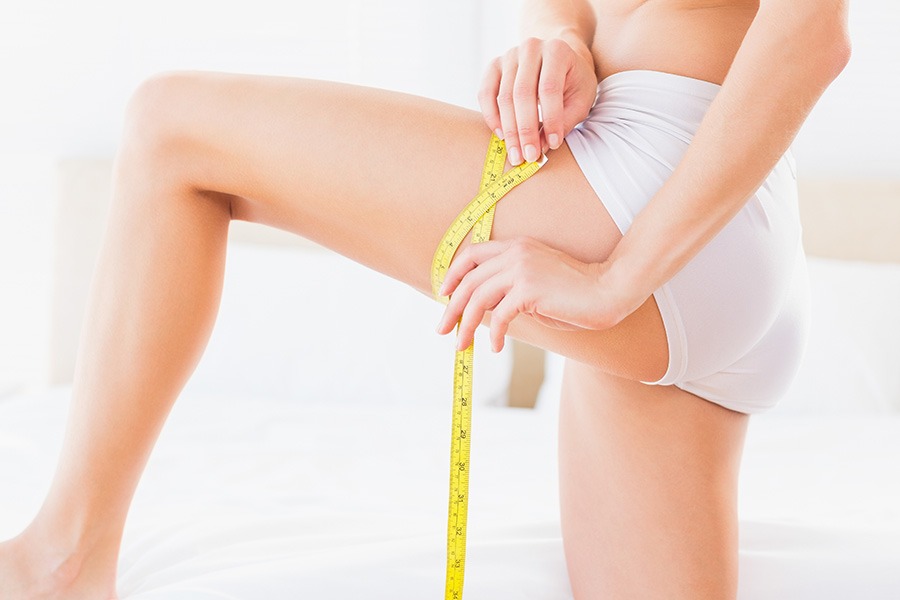 Dr. Dieter Manstein and Dr. R. Rox Anderson set out to create a machine which could be used to achieve fat reduction through the use of selective cyolysis. They renamed the fat freezing process ‘CoolSculpting’ which was both consumer and marketing friendly and began clinical trials for the device in 2008. In 2010, selective cryolysis which used the process of cryolipolysis was marketed as CoolSculpting and became FDA approved as safe and effective, and was subsequently made available to the public as a cosmetic fat loss procedure.

The procedure itself can take up to one hour and is performed by a doctor or registered CoolSculpting technician as an outpatient appointment. A cold suction device is placed on the treatment area for a specific amount of time to freeze and kill the subcutaneous fat cells. The skin, muscles and surrounding tissues remain unaffected by the cold temperatures. The dead fat cells are then removed as waste over a period of several months by the lymphatic system.
There is a range of suction sizes available to suit different areas, and the multiple regions can be treated at once. The procedure is painless, and does not use incisions, or require the use of anesthetic. Following cryolipolysis sessions, patients can expect a reduction of fat of up to 25% in the treated areas, making CoolSculpting the ideal weight loss treatment.

At SDBotox, we offer the latest technology in CoolSculpting. The procedure itself can take as little as 45 minutes per session and can be used to target fat on areas such as the abdomen, love handles, and double chin. With no downtime and very little aftercare, CoolSculpting can be performed in a lunch break before an immediate return to work. While Coolsculpting is not a weight loss solution, when used in conjunction with a healthy diet and regular exercise, it can help you to achieve your weight loss goals.
If you desire fast and effective fat loss results that can be achieved in only a few sessions in a safe and comfortable environment, CoolSculpting could be perfect for you. Book a consultation with the professionals at SDBotox to discover how you could benefit from this innovative body sculpting procedure.

SDBotox is your premier location for all your flawless beauty treatments.Get exclusive offers, updates, and all the latest news delivered to your inbox.
Enter your email to join now.